One fine evening, we just craved hot North Indian food for dinner, so off we went to Zomato for restaurant suggestions; what came up was the well-known Made In Punjab, a casual dining restaurant inside UB city mall, Lavelle Road. As the name suggests, they mostly serve North Indian (Punjabi) food, along with a few other Indo-Chinese varieties. Surprisingly for an Indian Restaurant, they had limited options for vegetarians. Read on to see what we thought about their food!

Made in Punjab has the usual fine-dining restaurant atmosphere – central air conditioning, comfortable seating and well designed tables. They also had tables outside with a view. It was pretty crowded as it was a Sunday evening. Also present is a bar, placed right in the middle of the restaurant if you fancy drinking. The kind of music being played could have been better; it was also a bit too loud for me.

Made in Punjab had a very well written menu, with only the font becoming slightly difficult to read as you go (big and small letters, with half and half Hindi and English characters), making it a little difficult to read. The whole idea seemed quite creative, though. The staff were friendly. As we went in, we were welcomed and seated immediately. However, there was mostly only one person taking care of our table, so every dish took quite a while to reach us. In the end, the bill took quite long, too. Overall, the service was a little slow but okay.

The first item that arrived at our table was an obvious choice, a Paneer based starter (they had a separate Paneer section). It was called “Paneer Barrel Tikka”. Again, they had pretty interesting names. In fact, all their dishes had something unique about them, plus points for that. This was one of the best Paneer dishes we’d ever had. Honestly, to say that I am a Paneer-hater is an understatement. But this, I loved 🙂 . It was the usual Tandoori Paneer, but with a twist. It was soft, crumbly, and had a pickle-y kinda filling that totally cut the milkiness of the cottage cheese (probably why I loved it so much :P). 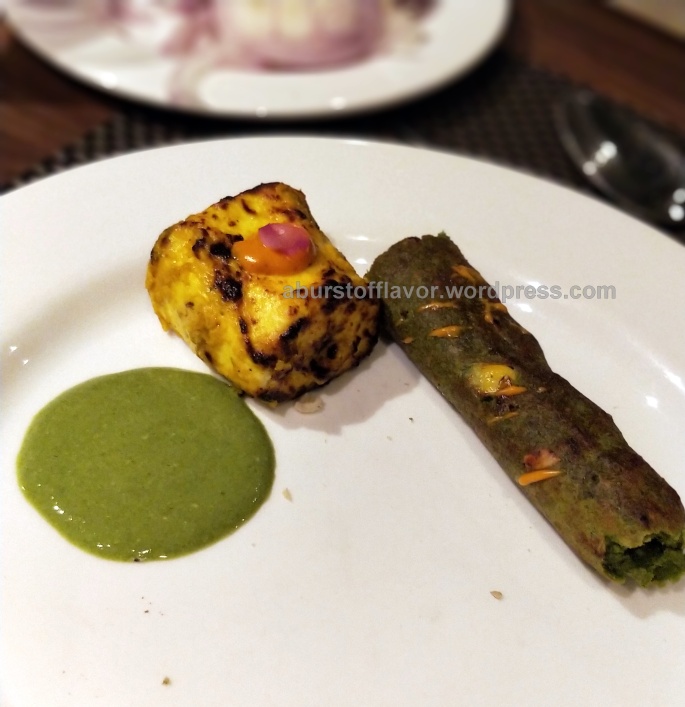 Alongside the Paneer Barrel Tikka, came one of their best-selling kebabs, the “Mela Seekh Kebab”. It was a lentil based mixed vegetable kebab. All starters as usual, were served with a mint chutney. Now this kebab, was pretty spicy for my palate (I can take a good amount of spice in my food); Nithya and my BIL found it extra spicy. In terms of texture, it had this slightly dough-y feel in the mouth that I did not like. The taste in general was okay-ish.

Then came, one of their chaat-based appetizers, “Samosa Golmaal”. Full marks for the presentation- looked really good, looked very appetizing. The taste however, was just okay. I was able to take a few bites of this, but the flavours seemed a bit off. There was a hing-like strong after taste to it. Not very well done in my opinion.

I’d ordered one of their mocktails with the starters, named “Chilli Guava”, I think.  As I took multiple sips of this throughout my meal, my tongue screamed S-P-I-C-Y, also couldn’t taste the guava. At this point, I really wanted no more of the spiciness. I had to stop eating and take a break to wait for the main course to be served. 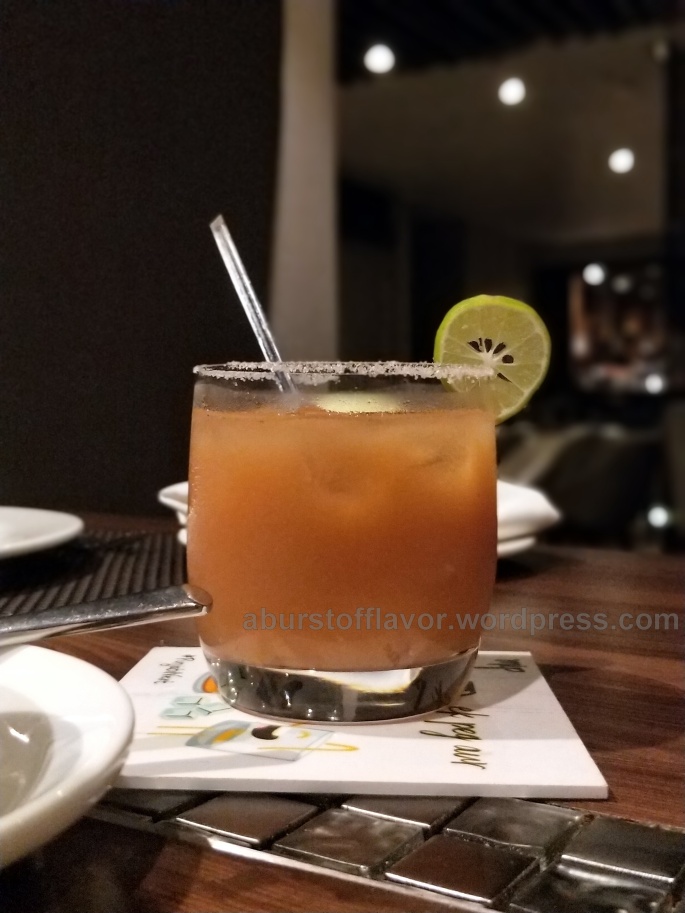 Again, there were very limited options for main course, probably lesser than what was offered on their appetizers menu. So, we ended up ordering a Roomali Roti, along with a Mixed Vegetable Curry. Now, we had specifically asked for the curry to be made medium-spicy, but the dish was so spicy that we ended up not completing our meal. The Roomali roti was nice. It was soft, hot and fresh. Every dish for that matter was served fresh and hot at our table, no two ways about it.

Nithya ordered a Methi Paratha, and that was pretty decent in terms of taste, but they’d just used kasuri methi instead of the fresh leaves, so I would say that’s kind of a shortcut, so a small minus (in terms of effort) for such a highly raved about place.

We chose not to order dessert (they had a very nice selection of desserts, btw) because we were slightly upset with the slow service and also because of the lack of attentiveness to our requirements. We let the waiter know that we were not too happy with the food/service. But in the end, all was well – the waiter in charge of our table gave us a complimentary “Jalebi-Rabdi”. It tasted ah-mazing. The Jalebi was so fresh and light, had the right amount of sweetness to it. The Rabdi was light and creamy, not overpowering the Jalebi. This was a nice surprise gesture from their side, and of course, it put a smile on our faces when we finally walked out of the restaurant.

All the dishes were priced moderately, astonishingly for a restaurant on Lavelle road. Taste was not extraordinarily good, but overall every dish is well-priced from a consumer’s point of view. For three people, it cost us approximately Rupees 2500/- which is pretty affordable for a UB city restaurant.

All in all, I would say it was okay-ish experience. It is definitely worth trying once. I’d love to go back and try their other dishes. For all we know, this could have just been a one-time experience. Have you visited Made in Punjab? What was your experience? We’d love to know 🙂